Cambridge, Mass., January 2, 2017 – Chinese-American Biomedical Association (CABA), a 501(C)(3) non-profit professional organization based in Massachusetts since 2007, today announced the launch of its first chapter outside Massachusetts. The first chapter, named CABA-Texas (or CABA-TX), will be based in Houston, Texas. 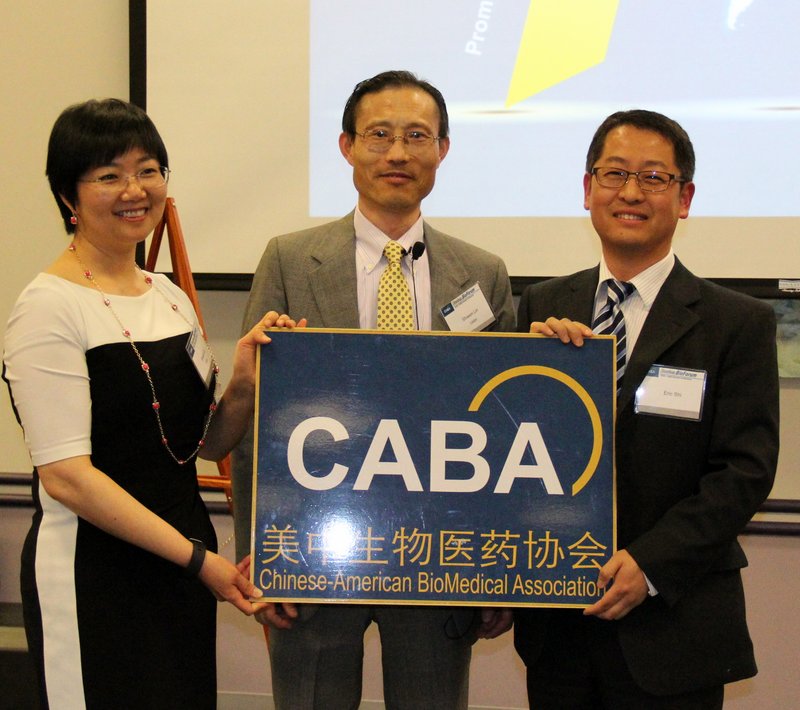 CABA is committed to promoting public awareness of advancement in life sciences and the biopharmaceutical industry and strives to build a platform that facilitates scientific, professional, and cultural interactions in the fields of life sciences, global biomedical innovations and biomedical product development. Similar to Massachusetts, Texas is home to a number of world-class academic and medical institutions and represents a major forefront in life science and biomedical innovation. With a large number of biomedical scientists and professionals in the Houston, Dallas, and Austin areas, CABA-TX endeavors to become a nucleus for those who share its vision and values.
CABA-TX will be led by Xiaotong Song, Ph.D., a researcher-turned-entrepreneur, who will serve as the chapter’s inaugural President. A team of community leaders with diverse background, experience and expertise will serve on the Executive Committee of CABA-TX.
CABA organizes events and programs that promote advancement in life sciences and commercialization of innovative diagnostics and therapeutics. CABA also organizes and participates in activities that facilitate networking and interactions among scientists, professionals, and entrepreneurs from academia and the biomedical and pharmaceutical industry. As the majority of its members are scientists and professionals with Chinese heritage, CABA endeavors to provide a platform for its members to develop and advance their careers in the pharmaceutical and biomedical industry and to serve as a bridge between the pharmaceutical and biomedical industries across the Pacific. To fulfill these goals, CABA organizes scientific and business symposia, conferences, workshops, career fairs, as well as social events to promote networking and communication among its members.
CABA is a volunteer-operated society and relies on members to contribute their time and effort to build the organization. It also relies on corporate members and sponsors to raise funds to support its activities. CABA values integrity, honesty, professionalism, community service, scientific excellence, responsibility and accountability. CABA invites you to explore its organization and hope that you share its values and vision and are interested in becoming a member, devoting your time or efforts, or sponsoring CABA activities.
For more information, visit www.cabaweb.org.