Author Virginia Taylor to Give Talk on The Red Silk Thread

Acton, Mass., Jan. 2, 2017, — The seminar series by Acton Chinese Language School (ACLS) resumes on Sunday, Jan. 8, for the new year. On Jan. 22, Author Virginia Ross Taylor is invited to give a talk on her new book The Red Silk Thread: A Story of International Adoption. English version of the book is published by Boston Bilingual Media & Publishing Inc, which also runs bostonese.com, usbmp.com and other websites. 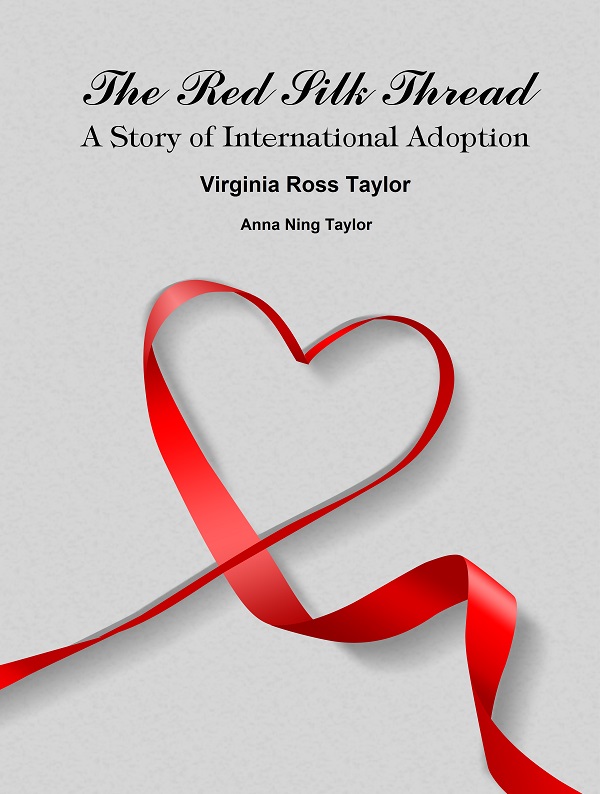 The book was co-authored by Virginia Taylor and Anna Ning Taylor, who was adopted by the Taylor family from Hangzhou, China. Taylor elegantly recounted the journey of adopting and becoming loving mother for two daughters over the past 21 years in the book. The Red Silk Thread was published by Boston Bilingual Media & Publishing Inc. in December 2016. A Chinese version of this book (红丝线) was published in China in 2014.

The subject of the memoir is the experience of Ms. Taylor and her husband Bill in adopting their daughters in China and raising them in the U.S. Adopted as babies, Anna (Wang Ning) and Catherine (Rao Xiaochun) are now 22 and 18. Through the story of her own family, Virginia raises issues experienced by many of the 85,000 children adopted from China by Americans during the years the one-child policy was in effect. In addition, Virginia’s family shares challenges faced by all parents in raising Chinese children in the U.S.
Both of the authors will be available to answer questions at the seminar on Sunday afternoon at R. J. Grey Junior High School in Acton. “I was involved at ACLS from its beginnings. It’s an honor to be invited to give a talk at ACLS,” said Taylor.
“The legend of the invisible red silk thread serves as a powerful image for families who have adopted children from China. As we traveled 7,000 miles to meet our babies, we loved the idea that destiny had brought us together. It reflected the sense of mystery and purpose we felt in our attachment. The bond between us and our children was powerful from the beginning, even when a photograph of our prospective children was all we could hold in our hands. Certainly it felt like destiny.
While our family life unfolded, I realized that the red silk thread leads to more than a linear path in one direction. Once a tiny thread, it is woven into a durable tapestry of connections with family and friends, and it loops back to China and then home again.” wrote Taylor in the Afterword of the book.
About the Author 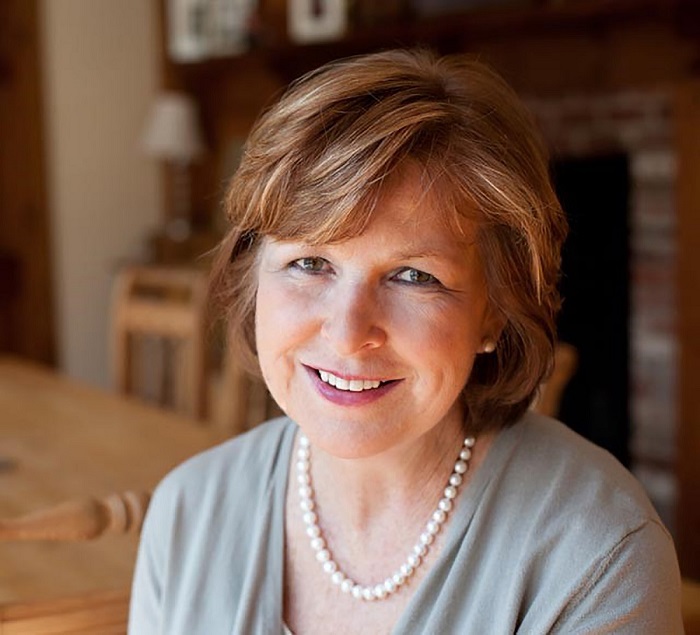 Virginia Ross Taylor (above, photo by Anne Jones) is a native of Pittsburgh and a graduate of Duke and Emory Universities. She lives with her husband Bill, two daughters, two dogs, and two cats in a town outside Boston, where she has a private teaching and writing practice. Virginia and Bill agree that the happiest and wisest decision they ever made was to adopt their daughters.
Editor: Ging Wei Wong
Mr. Wong was born into a market gardening family in Edmonton, Canada. A product of Edmonton Public Schools and the University of Alberta, he retired after a 35-year career in air traffic services. The year he served in Tuktoyaktuk on the Arctic Coast, the locals thought he was Inuit. Wei is the co-editor of Millennium Messages: An Anthology of New Asian Canadian Expressions (1997), co-founder of Edmonton’s inaugural Asian Heritage Month (1999), Statistical and Historical Advisor of Talk to the World: Edmonton’s Chinese (Mandarin) Bilingual Program – The First 25 Years (2007) and Associate Producer of the award-winning documentary film Lost Years: A People’s Struggle for Justice (2011). He has been a volunteer with the Edmonton Chinese Bilingual Education Association (ECBEA) in various capacities for 30 years. Wei has been researching his family tree since 1990 after the passing of his parents who left Toishan, Guangdong Province, China for a better life in “Gold Mountain” (Canada). Some of his family’s history was recounted in Kathryn Chase Merrett’s book Why Grow Here (2015).
Cover designer: Eric Wu
Mr. Wu received his Bachelor’s degree in Art Conservation at Peking University in 2012 and his Master’s degree of Science in Historic Preservation at Roger Williams University in 2015.